Peka is a favorite traditional dish, especially among meat lovers. Get acquainted with the indigenous Croatian gastronomy and learn how to make this delicious specialty! 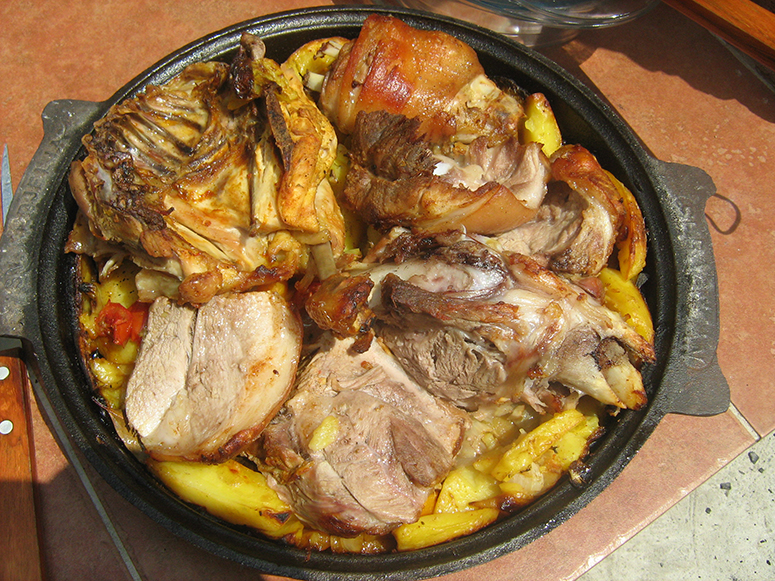 Peel potato and onion and season meat. Cut potato into 4-5 wedges, onion into slices. Season veal with salt, pepper, and minced red pepper, lamb only with salt. On an oiled roasting pan, layer sliced onion and striped bell pepper. Add some bacon or pancetta. Leave the base to sear for a while. Later, it will serve as a fantastic topping. Fill the roasting pan with meat, cover the meat with a layer of potato to prevent it from burning. Roast in a coal oven for 2 hours on moderate coal heat. Roasting time depends on the material from which the oven lid is made. What is important is that there are no high heat shifts during roasting. After two hours, pick out the meat from potato, which will look cooked instead of roasted. Now place the meat on top of the potato layer, as to give it a nice red color and roast for 20-30 minutes. Season with rosemary. After the meat is nicely red, remove from heat.