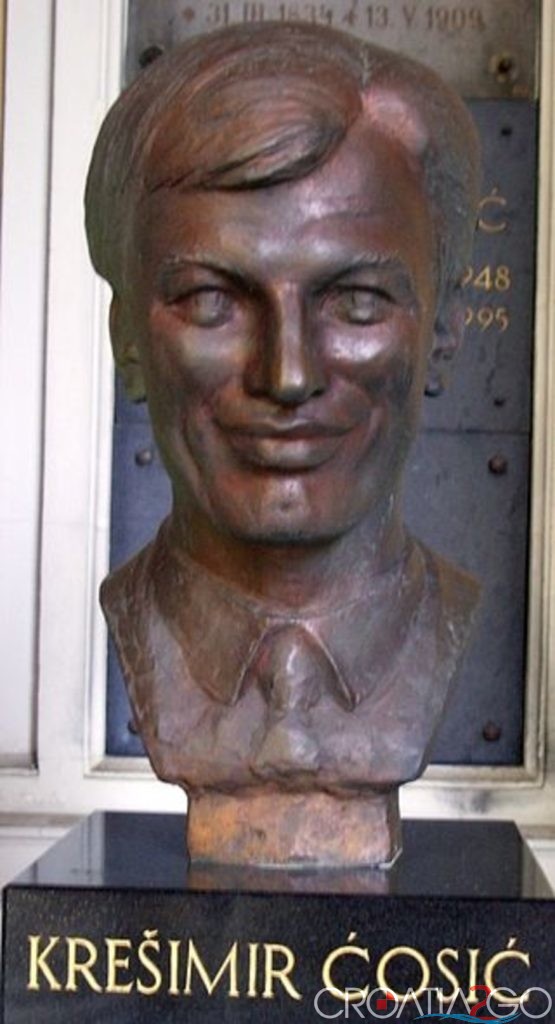 It seems like basketball is one of these sports in Croatia where now and then an incredible persona appears and amazes everyone worldwide with their talent. Apart from Dražen Petrović as one of the leading names in Croatian basketball to this day, it’s important to remember the name of his professional ancestor –Krešimir Ćosić. Born in 1948 in Zagreb but raised in Zadar, Ćosić played for Croatia’s best basketball club-Cibona and early rose to stardom after being invited to the national team of Yugoslavia. He was voted the best player of the European championship in 1971 and 1975 and played for the national team 303 times. In that time the team, under his leadership, won a gold Olympic medal in Moscow 1980 and two silver Olympic medals in 1968 and 1976. Besides the Olympics, Ćosić also lead the team to few gold and silver medals in World Championships in the 70s and 80s.
In the period between lates 60s and early 70s he also played in the USA for Brigham Young University as the first non-American taken in NBA draft. In 1972 Portland Trail Blazers also chose him in the draft as the first choice in the tenth round. The very Next year he was selected in a draft to play for the Lakers.
He was the first non-American citizen in the All-Stars lineup. His jersey from Brigham Young University with number 11 was the only one that got retired and out of possible use along with the jersey of Danny Ainge from the Boston Celtics.
After his professional career as a player, Ćosić tried his luck as the coach of the national team of Yugoslavia which lead the team to win the silver medal at the 1988 Olympics in Seoul. In 1996 he was introduced to the Basketball Hall of Fame as the third non-American in history.
Unfortunately, Ćosić died in 1995 due to complications related to lymphoma cancer at the early age of 47. His inheritance to Croatia was recognized from the very beginning, so therefore a sports center and a street in Zadar, as well as a square in Zagreb hold the name of the big Krešimir Ćosić, a fearless legend.