There are several islands surrounding Split that most of you have heard before or maybe even visited! By those islands, we mostly mean by Hvar and Brač island. Either if we’re talking about the jet-set coming there for vacation or events taking place there, there is no doubt that Split’s archipelago is as popular as it gets.
But among those islands lies also a little one that is mostly adored by locals and people who know all the great places to see and feel! Island Šolta is a really cute island located about an hour ride by ferry from Split.
But don’t let the size of the island fool you! This is an amazing place full of rich flora and fauna and breathtaking sights.
Its surface of 51.9 km² is home to over 100 species of birds, among which the “Čuvita” owl has become its trademark and a distinctive symbol of recognition. The island has been inhabited since prehistory, and for the first time, while going under the name Olyntha, was mentioned in the 4th century BC. Then, the famous emperor Diocletian, who lived nearby in his palace, 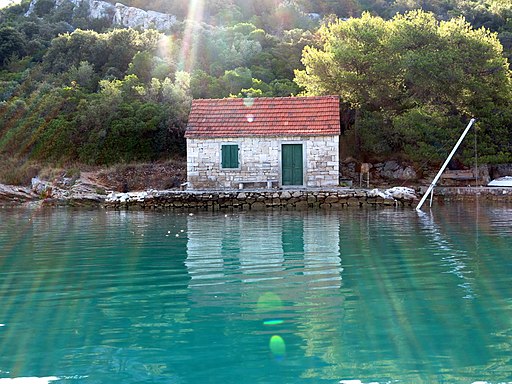 used the smallest bay in Necujam as his pond, and Illyrian Queen Teuta, who, as the legend says, built her palace in the bay of Senj.

It is well known that one of the most important figures in Croatian history and literature, Marko Marulić, the father of Croatian literature, has often spent his holidays on Šolta.

The small island of Šolta is an unexplored paradise that just awaits you to discover its numerous quiet coves. In the research, you will not miss the traces of the Roman-era past, as well as an unusual baroque castle in a series of stone houses.
This place will invite you to be its “islander” – locals will treat you with the best quality olive oil and engage you in the fishing pleasure and the old “quarrels” of its residents.

Šolta’s gastronomy, culture, almost untouched nature, miles of walking and biking trails, excellent diving destinations and island events guarantee that everyone will find something for their taste. And the best way to find that out?
Well, by coming here, of course!