The Adris44 Cup, one of the most attractive sailing competitions in the world, will once again take place in Rovinj – an ideal nautical and sports destination.
Starting 29 May till 2 June this year, the Cup is organized by Sail la Vie and JK Maestral and sponsored by Adris Group.

The 44Cup world tour consists of five regattas taking place at different locations all around the world. All teams use identical RC44 class sailboats designed by Russell Coutts, five-time winner of America’s Cup and one of the greatest yachtsmen of all time.
Each team is comprised of the boat owner, four amateur yachtsmen, tree professional yachtsmen, and a tactician.
The boats are made with the same technology used in making formula car chassis, which enables a high rate of acceleration and sailing in all weather conditions, promising an exciting and fair competition in which the skills of the crew and helmsman are the decisive factors.

„This year’s 44Cup is not only a regatta but a celebration of the new Grand Park Hotel Rovinj and the new ACI marina, which will be at the center of the whole event,” said Tomislav Popović, Chairman of the Board at Maistra.

The Adris44Cup will be the biggest sailing spectacle of the year in Croatia. 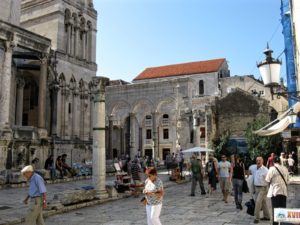 What to do in Istria – selections of Croatia attractions